Here is a little video to explain how the currency works.

You may have seen on the news and read on sites such as the BBC that an online currency called Bitcoin is now taking the internet by storm. This post is a little guide to the cryptocurrency and some history.

Bitcoins are mined by computers performing complex mathmatical computations at a set global difficulty. When the calculation is complete the mining program packages the answer and additional information together in a block and shares the information with everybody. The difficulty changes after every 2016 blocks are found to maintain an average global solution rate of approximately 6 block per hour.

Currently every block that is found rewards the finder with 25 bitcoins. This originally started at 50 and approximately every 4 years halves.

When the currency was first launched in 2009 the calculations were all performed using the CPU of a computer. As the difficulty has increased and technology has moved on people started using their Graphics Processors as these perform the complex calculation much quicker than a CPU. Now the next step in technology has been invented specifically for the generation of Bitcoins and allows even faster mining of the coin.

While it's unsteady beginings have caused the exchange rate of the crypto currency to plummet a couple of times, it seems that it has matured and bounced back stronger than ever.

With the security of Bitcoin exchanges getting better the level of trust that investors have in this currency is increasing. Last year in August a ponzi scheme was un-earthed which severely damaged the reputation and value of Bitcoin with it dropping from $12 per Bitcoin to just $8 in a matter of days. In September, bitfloor (a Bitcoin exchange) was hacked and lost 24000 Bitcoins, this severely damaged confidence. These scams and hacks have made the Bitcoin community much more weary of sites using the currency.

Bitcoins can be used for purchasing lots of goods online as well as exchanging into other currency such as USD or GBP using Bitcoin exchanges.

This year MT Gox, the biggest Bitcoin exchange, has announced a tie-up with US based company CoinLab. This will enable all US and Canadian customer quicker trading of the cryptocurrency. When something like this will be coming to Europe is unknown but I'm sure interested parties will be watching the US collaboration with interest.

Coming in the next few days will be a guide to setting up your own miner to mine bitcoins and for those of you that don't have appropriate computer hardware a guide on where to look for free currency. 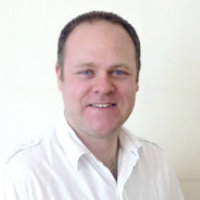